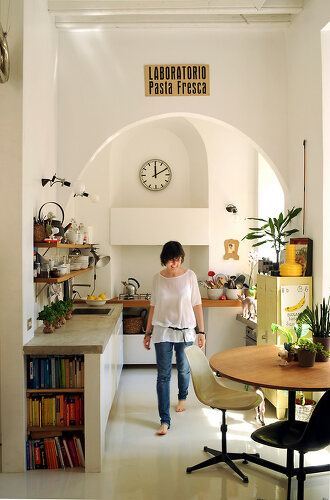 Cecilia and Lorenzo are both designers who have refurbished the two storeys of a 16th century Palazzo in Genoa. The apartment had previously been divided into many small rooms which they reconverted into large open spaces. They employed steel beams to replace supporting walls and open the view. On the lower level, in what had been the original kitchen, they have created a studio and a second bathroom. 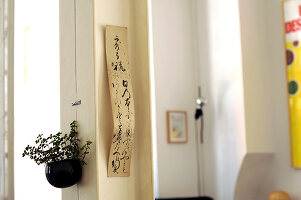 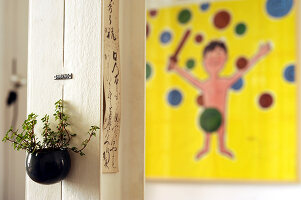